This gluten free vegan Kale Mushroom Hash recipe is a perfectly filling recipe for a nice weekend breakfast! Skip the restaurant line and serve your family some delicious vegan skillet hash. Your meat eating friends and family will be just as impressed as your vegan friends! This is also a great meal to take on the go for any time of the day! The prep time for this vegan meal is only 10 min. and the cook time is only 20 minutes.

To make this hearty vegan hash meal, heat your olive oil in a large frying pan over medium heat for about a minute. Then, add in the red onions and sauté until the onions start to look translucent.
Add in your garlic cloves, ½-inch cubes of potatoes, cremini mushrooms, and the Old Bay seasoning. Continue to cook, stirring occasionally until the cremini mushrooms and cubed potatoes are tender and until the potatoes are a golden color, this should take about 15 – 20 minutes. If your ingredients start to stick, just use a splash of veggie broth and lower the heat a tad.

Once your veggies are tender, add in the kale and cook until it’s wilted. Add your salt and pepper as desired (I like to only use pepper) and remove from heat. Serve right away. I love adding hot sauce! Also, this recipe just improves with time, you can keep your leftovers for about 3-4 days.

We hope you enjoy this good hearty vegan hash recipe! 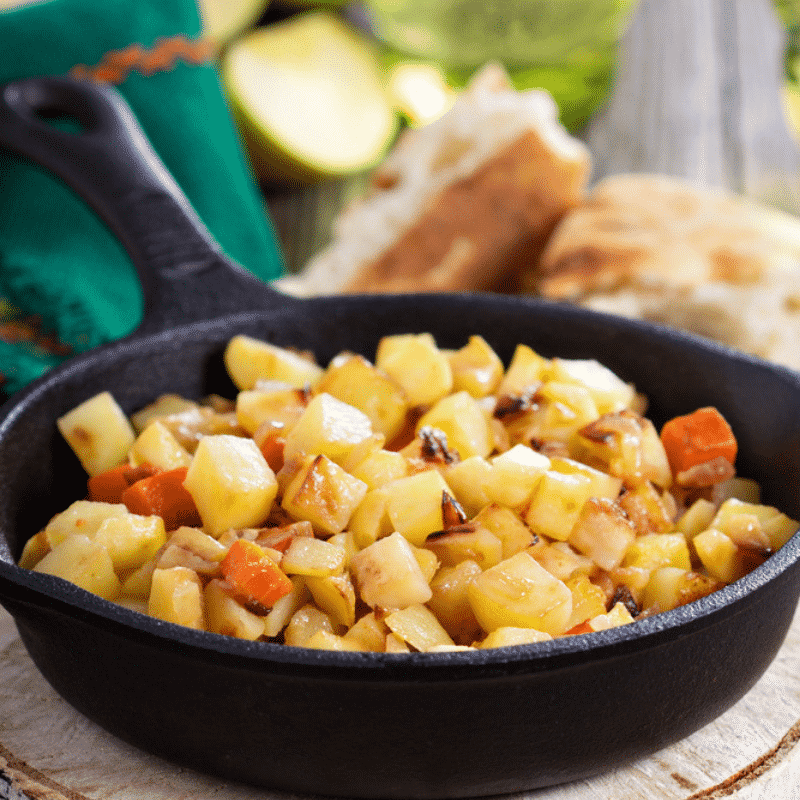