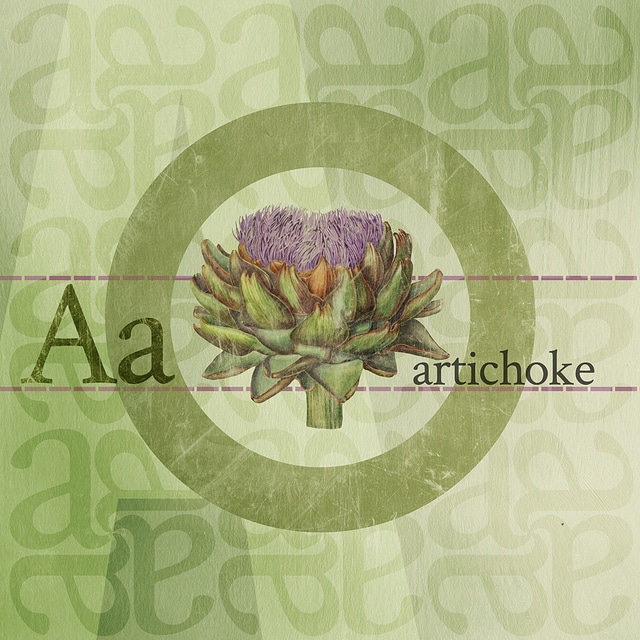 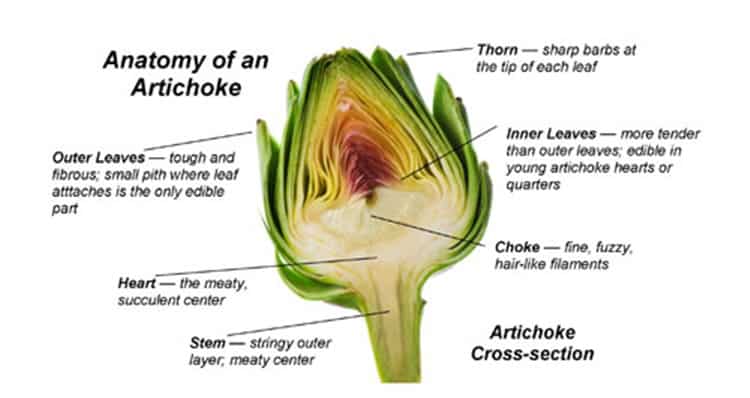 I have never eaten an artichoke…don’t judge me. I hear though, the heart of them are the part people enjoy the most.

After reading up on them, I’ve learned that only the heart of an artichoke can be eaten raw.

The leaves, however, are actually the most nutrient packed part of an artichoke.

Even though only the heart can be eaten raw, you can cook it so that the entire vegetable can be consumed.

(I’ll give a few recipes at the after I go over the health benefits.)

1. Artichokes are high in both antioxidants and fiber. A USDA study found that artichokes have more antioxidants than any other vegetable. Out of 1,000 different foods, they ranked seventh in a study of the antioxidant levels. In addition, one large artichoke contains a quarter of the recommended daily intake of fiber while a medium one has more fiber than a cup of prunes.

3. Artichokes aid in the prevention and treatment of cancer.  Studies on artichoke leaf extract show that they induce apoptosis (cell death) and decrease cell proliferation in cancers such as prostate cancer, leukemia, breast cancer, and some others. An Italian study found that an artichoke rich diet reduces the risk of breast cancer.

4. Artichokes are good for both the liver and digestion. The meaty part of artichoke leaves contains a polyphenol antioxidant called cynarin which increases bile flow. T he cynarin paired with the antioxidant silymarin in artichokes are very beneficial to the liver. Studies show they could actually regenerate liver tissue. Artichokes are also a natural diuretic so they aid in digestion and improve gallbladder functions.

5. Last but most definitely not least, ARTICHOKES HELP HANGOVERS! Because artichokes help the liver the way they do, people have sworn by them as hangover treatments. 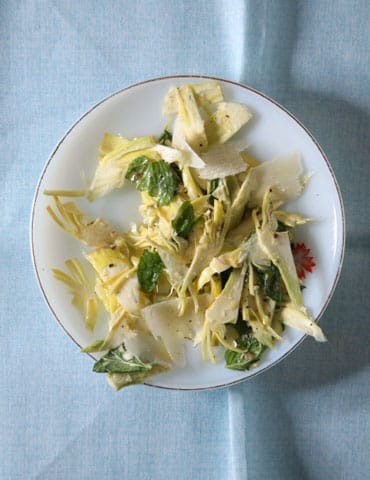 1. Trim away tough outer leaves of the artichokes to expose their tender pale green interior. Using a serrated-blade knife, cut off the spiky top third of the artichokes. Use a vegetable peeler to remove the tough outer layers around the base and stem. Squeeze 1 lemon into a bowl filled with cold water and submerge artichokes in the water.

2. Drain artichokes and pat dry with paper towels. Using a mandoline or a chef’s knife, cut the artichokes into thin slices and transfer to medium bowl. Squeeze remaining lemon and the oil over the artichokes; toss to coat. Add arugula and mint and season with salt and pepper; toss gently. Garnish salad with Parmesan shavings. 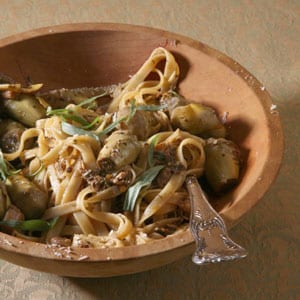 2. Heat the oil in a dutch oven over medium-high heat. Add the garlic, mushrooms, and carrots and cook, stirring frequently, until soft, about 8 minutes. Season the chicken with salt and pepper. Increase heat to high and add the chicken and tomato paste; cook, stirring occasionally, until chicken is lightly browned, about 6 minutes. Add the vinegar and cook, stirring constantly, until liquid has evaporated, about 1 minute. Drain the artichokes and add them, along with 2 tbsp. tarragon and the chicken broth, to the pot. Bring broth to a boil and reduce heat to medium-low. Simmer until chicken and artichokes are very tender and the broth has reduced by half, about 40 minutes. Season with salt and pepper and set sauce aside.

3. Meanwhile, bring a pot of salted water to a boil over high heat. Add pasta and cook until al dente, about 7 minutes. Reserve 1 cup pasta water. Drain pasta and transfer to pot with artichoke and chicken sauce; set over high heat. Bring sauce to a boil, stir in 1⁄2 cup Parmesan and cook, tossing occasionally with tongs, until sauce thickens and clings to pasta, about 2 minutes. (If sauce is too dry, pour in a little pasta water.) Add remaining tarragon and season with salt and pepper. Transfer pasta to 4 bowls and sprinkle with remaining Parmesan. 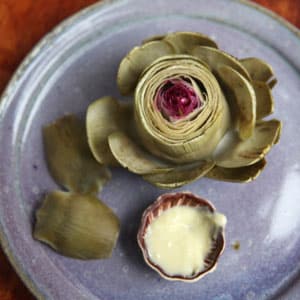 1. Bring 1″ of water to a boil over high heat in a 4-qt. saucepan. Place a small rack or steaming basket in bottom of pot.

2. Using a serrated-blade knife, cut off the stems of the artichokes so that they sit flat. Cut off top third of artichokes. Using kitchen shears, trim the pointed tops from the leaves. Transfer artichokes to the saucepan and sprinkle with salt; cover and steam over medium-high heat until tender, about 40 minutes. Using tongs, transfer artichokes to 2 plates. Serve with drawn butter or your favorite dipping sauce, if you like.

If you have any of your own recipes, please share.

This website uses cookies to improve your experience while you navigate through the website. Out of these, the cookies that are categorized as necessary are stored on your browser as they are essential for the working of basic functionalities of the website. We also use third-party cookies that help us analyze and understand how you use this website. These cookies will be stored in your browser only with your consent. You also have the option to opt-out of these cookies. But opting out of some of these cookies may affect your browsing experience.
Necessary Always Enabled

Any cookies that may not be particularly necessary for the website to function and is used specifically to collect user personal data via analytics, ads, other embedded contents are termed as non-necessary cookies. It is mandatory to procure user consent prior to running these cookies on your website.